The Saving Grace of a Yellow Legal Pad 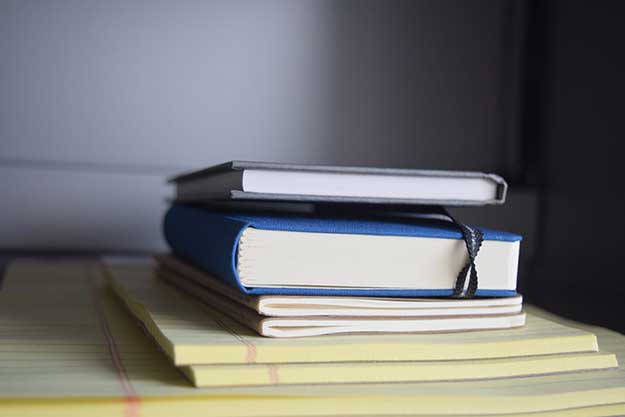 Last September, my good friend John found himself out of work. Having labored 15 years to earn a VP position at a biotech company in New England, John's head was spinning when he called me for help.

"Where do I even begin to find another job at this stage in my career?" he asked. I invited him to come to my home that Friday to put together a plan. Three weeks later, John landed two interviews, which resulted in his accepting another VP role for another (competing) biotech company within six weeks.

What did I tell John to do that Friday night? I told him to bring a pen and a yellow legal pad when he came over. Then I gave him his best bet for landing another position: the three-step strategy outlined below. There's nothing magic about these three steps-they merely facilitate the most effective approach to securing employment: networking.

Working backwards from your most recent job, write down the name of every person with whom you worked. Think about the people who worked within your department, then those who worked within other departments. Think about the people that reported to you and those to whom you reported. In IT, the average job lasted 3.1 years in 2000 and 4.5 years in 2008. This being the case, you've likely acquired a long list of contacts over the years. Once you feel you've written down all the names of people you've worked with, start to capture the names of every person who tried to sell you services, software, or hardware.

Think about the integrators, the consultants, and the recruiters who called on you. Write down each and every name. Lastly, start to think about your peer-group contacts. These are people who either have or had your title, roles, and responsibilities within the top 10-20 companies in your local area. They could also be people with whom you attended your undergraduate or graduate programs. Note each of their names on the legal pad as well.

Once your legal pad is full of names, search for each person's contact information in your email contact lists, business card collection, and your phone contacts. If you cannot find someone through these channels, leverage social networking tools like Facebook or Linked In to look them up. (For those not already a subscriber to Linked In, it's free and easy to join. All you have to do is open a profile, enter information about your professional experience, and upload a picture should you so desire. From there, you can search for others by name, company, school, location, etc. You can even see all the contacts they've established over the years. You'll be surprised how many people you are able to identify.) Upon gathering the contact information for each person on your list, reconnect with them. Be wary of sounding desperate, but let them know you are in transition. Tell them about the kind of work you've been doing (and enjoy doing) and ask if they can put you in contact with anyone who may value your skill set. When possible, offer to treat them to lunch or coffee.

As you are leveraging your past relationships in Step Two, you should also explore various networking opportunities to build new contacts. Look up technical user groups and industry councils in your local area. In addition to using Google, you can do research on the Department of Economic Development or the Chamber of Commerce websites to find viable opportunities. Facebook and LinkedIn also have various networking groups available to you. To make the most of these networking events, don't be afraid to get out there and ask people questions: "Where are you currently working? What kind of role do you play? What are some of the top projects? What's the workload like?" Again, try not to look desperate, but let people know you are looking. Ask those who seem like they could be good leads to reconnect with you over a cup of coffee in the near future. Relatively informal meetings can turn into great opportunities. If you do find yourself in transition, your first instinct may be to go directly to the job boards.

While there's nothing wrong with taking this measure, it's not likely to get you as far as the three-step process outlined above. Nearly 90% of companies used Monster.com to hire at least once and 25% of all external hires come from job boards. This number jumps to almost 45 percent if you include hires that originate online at company career sites. About 75% of IT professionals leverage their own personal network or referrals when searching for a new position. While you may not feel like you have a great deal of connections, you may just need to remember the number of interactions you've managed over the years.

Fortunately for John, he is now able to reflect on his experience in November with a spirit of gratitude. Not only was he able to reprioritize and refocus, he also used his situation as an opportunity to rekindle the relationships he built along his 15-year career. All I did for him was provide him with a process to follow and some spring in his step: two essential components for finding a new and rewarding position.